To view a thumbnail image fullsize, right click on the thumbnail and select open in new window/tab.

Memorial, Monument, Museum ...... hot, walking, exhausted ....... mmmmm pretty much sums up this day :)
We started of at The Smithsonian Air and Space Museum (Sten F. Udvar-Hazy Center) and that was brilliant. Then we headed back into DC to go to the Natural History Museum, very interesting. The line outside the American History Museum was so very long we decided to skip this and head down to the Washington Monument and the other memorials. Not too hot yet - well tolerable ;) After the Washington Monument which is just huge, we continued on down, coming to the WWII memorial which gave a us a short chance to cool off. We were getting to the point of NEEDING that hehe And then we were off again, passing through the park area which felt the brunt of the fireworks from last night. Shrapnel everywhere :)
Stopping off at the Vietnam Memorial was just so 'special' - WOW, no more words. Then it was off up to meet Mr. Lincoln. This VERY big man offered us some shade and time to cool off in his shadow. Absolutely awesome - both the statue and words.... very wise :) A short walk down the path to stop at the Korean Memorial where the girls discussed the wording "Freedom is not Free" engraved at the the memorial. Too special !
And, we head back ....
Walking in the shade as much as possibly (hot, sweaty, sticky, pink South Africans -- not a pretty sight hehehe) we stopped very quickly at the WWI memorial in the White House/Washington Monument area. A quick look and photo of the White House and then to the car. The word 'finished' doesn't seem to describe us accurately enough hehehe. All Muesumed, Monumented, and Memorialed out, we headed to the pool at the hotel to cool off.
Dinner in the room tonight - girls have been begging to order room service :)
A long but very inspiring day :)
Posted by Tracy Bosch at 11:52:00 AM No comments:

Happy 4th of July America !
We were still battling with adjusting to coming forward in time so ended up sleeping REALLY late this morning. Once we were up and ready (10ish) we headed up the road to the Metro. The plan was to head into DC, to the Mall to watch the parade .... The news had been saying "Get there early !" Parade started at 11:45am - we got to the Constitution Avenue at 12 .... through the crowds and crowds and crowds and crowds and ..... you get the picture ;)
Parade was brilliant but very very very very very (you getting the picture again), hot ! Girls were battling and as much as we watered them ;), they missed a lot of the parade - hiding in the shade of the planter we were standing on. Yes everyone was standing, perching, leaning, climbing on anything that would elevate them enough to see the road. Once the parade finished, we walked the road a little and then headed back to the hotel via the metro to cool off.
The plan had been to head to Arlington Cemetery and then the Iwo Jima Memorial afterwards once we had cooled off but ...... well anyway, miserable children are no fun .... enough said ?
We headed up to Iwo Jima late afternoon, stopping to grab some dinner first. Then the walk up Fort Myer - UP hill :) Again crowds crowds crowds .... We took in the memorial, WOW !!!! and then settled in at a spot .......... and more and more and more and more people arrived. Fireworks started at 9:15pm (we had been settled for more than 2 hours) at people were still arriving. The were brilliant and the backdrop of the Washington Monument was great. Once they were done 9:45ish we started the slow trek out of the park area. Stopping at MacDonalds for an icecream (had promised the girls) on the way home - seems the entire crowd had the same idea ;)
Back at the hotel room about 10:30 only to find fireworks going off the entire stretch of our horizon ........ in the distance but it carried on until just after midnight. Thats how you celebrate !
Great day, hot day, special day :)
Posted by Tracy Bosch at 11:39:00 AM No comments:

Day 16 we headed up to Annapolis to meet a freind. Had a wonderful day on the water. Exploring this historic area was so interesting.... Andre's comment "I could live here !" It is a lovely area. Good lunch and great company made for a brilliant day !
Posted by Tracy Bosch at 11:35:00 AM No comments:

So this was our travel day to DC but we managed to squeeze in one last trip into the park. You see we had been hunting down Donald Duck for a photo and autograph since arriving at Disney and boy had he been elusive ! Anyway we managed to run into him along with a few others and the autograph bok is full - 13 characters in total. What can we say, we LOVED Disney, it was exhausting but wonderful. 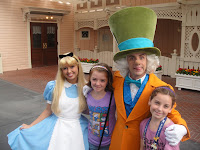 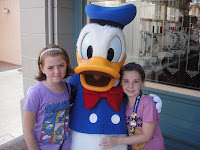 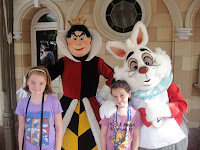 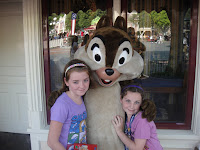 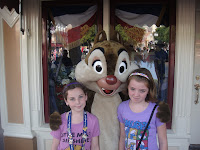 Then it was off to DC, heading back into LA to the airport..... flight to NY. (Note the vending machine - these are at the airports and Andre was impressed with the idea.... forget Apples as food heheh) We had booked into a hotel for the morning - arrived at 2am and so sleep for a few hours was on the menu before the drive to DC. 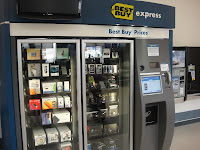 Drive to DC was pretty uneventful -- busy roads, what with the celebratory weekend ahead.

Arrived at the hotel in Arlington, VA late afternoon. Movie in the park across the road - we didn't attend, long day and the girls refised to do any exploring :(

Disney photos will follow - there are just SO many and we are having SO much fun - no time to sit trying to load photos ;)
We're still puzzled how people find the time to go to the movies as Disney ..... there is just too much to see and do - park opens at 8am and closes at midnight.
Posted by Tracy Bosch at 5:33:00 AM No comments:

How is the weather today ??

WHat is your favourite day of the week ?

...I am often behind on posting, busy busy busy...so...Please take a look around because I try to post in order of events AND then I also update some older posts with photos when I haven't been able to do so to begin with.
This is NOT the rule though.....some things I have posted as I remembered them - sorry to confuse hehehe.